PokerStars, is one of the largest online poker firms across the globe. Unfortunately there are punters who wish to experience multiple games at one casino instead of just playing poker. This is why Amaya Gaming, the new owners of PokerStars & Full Tilt revealed that they’ve launched Roulette & Blackjack to their Spanish PokerStars Website. This surprised many in the industry as this marks the first time that a new casino game has been loaded onto a PokerStars website. 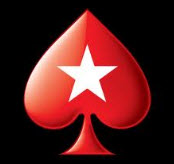 Amaya Gaming doesn’t plan to stop there though, if Spanish punters respond well to these new additions Amaya will be bringing new titles to everyone of their PokerStars websites. Amaya Gaming has also been porting over multiple new casino games such as Blackjack & Slots to Full Tilt Gaming. Clearly Amaya Gaming is trying to create a new image for both of these websites and appeal to every kind of online gambler instead of limiting themselves to poker players.

Along with these new game launches, PokerStars.es will also be gaining new social elements in order to make it easier for punters to share their experiences with their Facebook or Twitter friends. These new additions could result in PokerStars reaching a level of popularity no one would of expected out of them. We will inform you of any new additions to the PokerStars repertoire of casino games. Those who wish to play this new Roulette title or Blackjack title will be required to live in the borders of Spain.